A lot of Disney World people who go to Disneyland for the 1st time are often hesitant to make comparisons since both places are so different and there’s often a bias. But, as we were planning our Disneyland trip, I was really trying to seek out information about the differences between the 2 parks. So, this week, I’m going to delve into some of the big differences we felt and experienced. I may or may not mention if I have a preference because I truly do feel it’s hard to compare them in that regard since there are so many differences.

Epcot is 300 acres while the entirety of the Disneyland resort is 500 acres. My husband and I said to each other that walking from the very back of one park to the very back of the other part felt like walking from the back of Epcot’s World Showcase to the front entrance of the park, and looking at that acreage comparison, I’d say we were pretty close with that, considering the Disneyland resort acreage includes the hotels and Downtown Disney area.

We loved the small aspect and how easy it was to just walk out of one park and right across to the other without having to wait for transportation. This also brings me to the next category…

Given the size and layout of Disney World, there is no way this security structure would work there, but it sure was a huge plus for Disneyland and 1 that we felt made a huge difference in our experience.

Within each park, there are different areas/lands, and while Disneyland park is similar to the Magic Kingdom, and California Adventure is similar to Hollywood Studios, they do still differ. 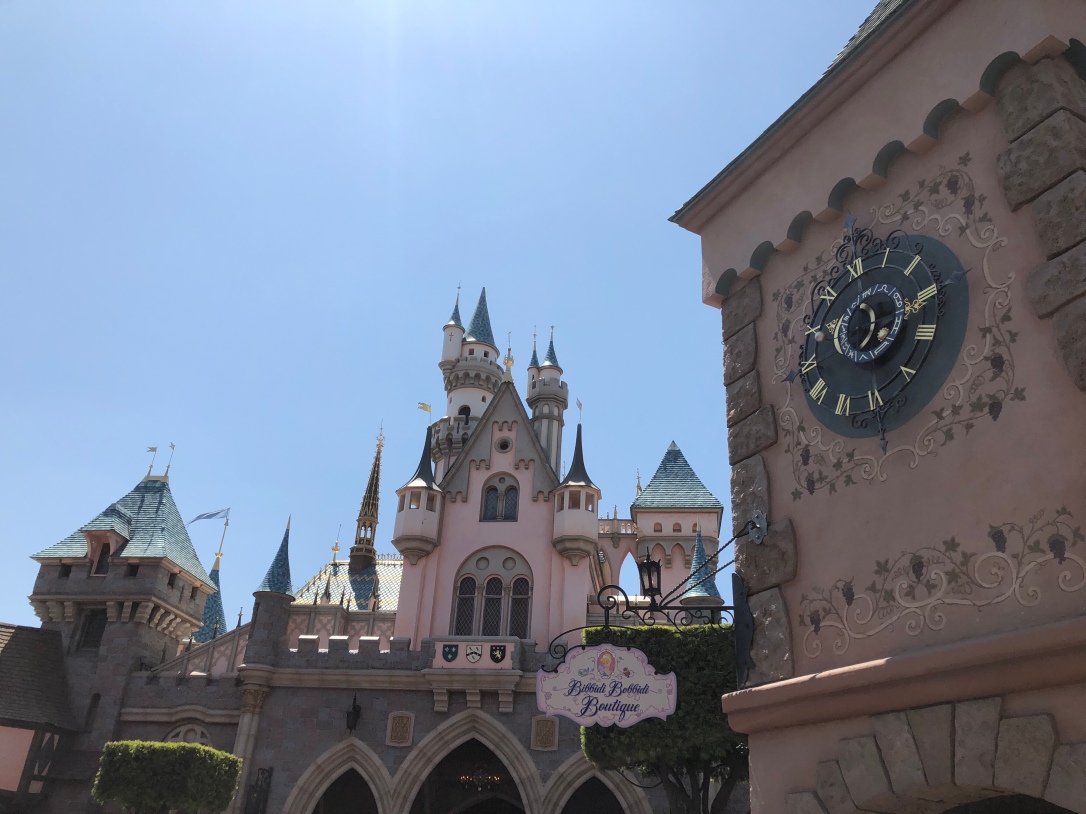 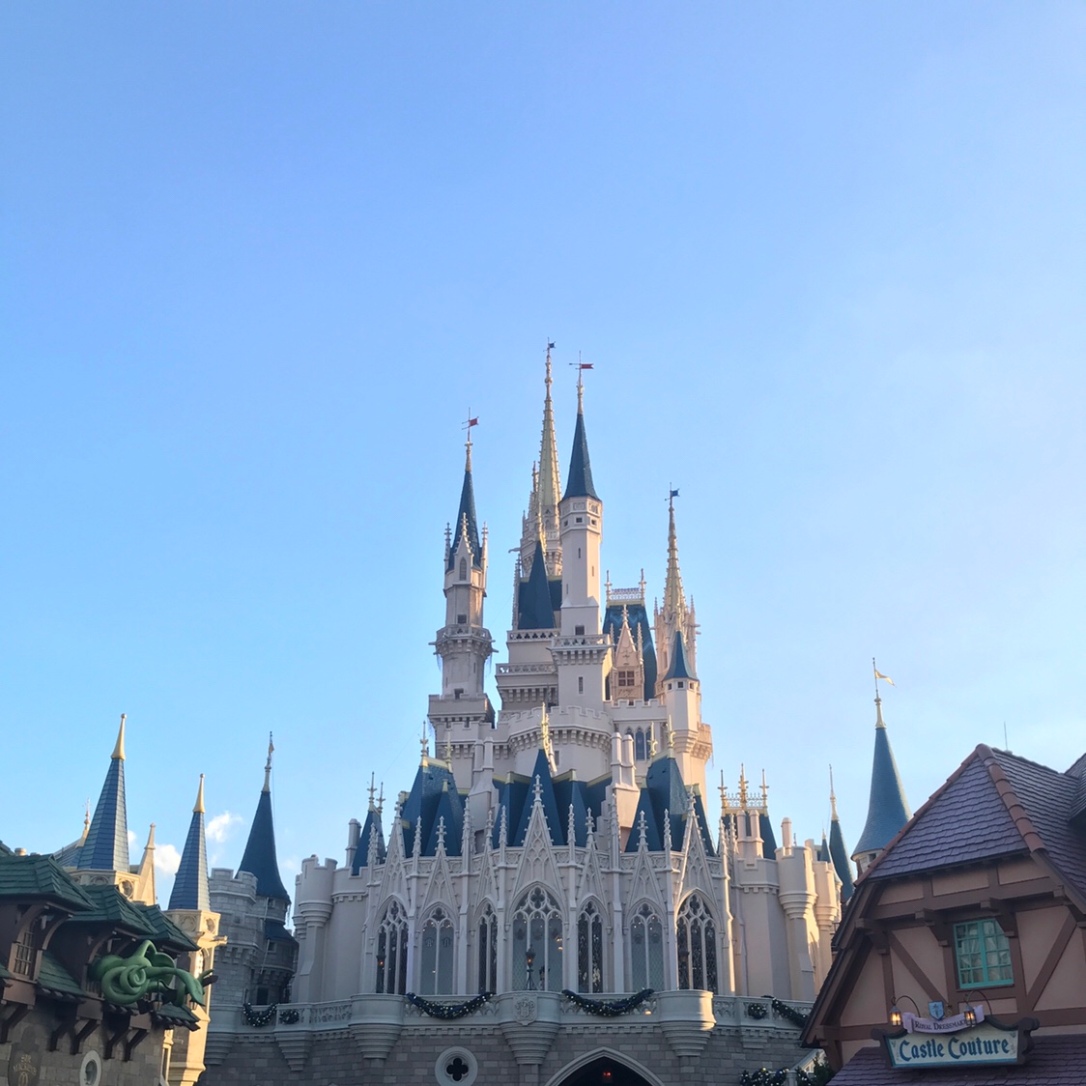 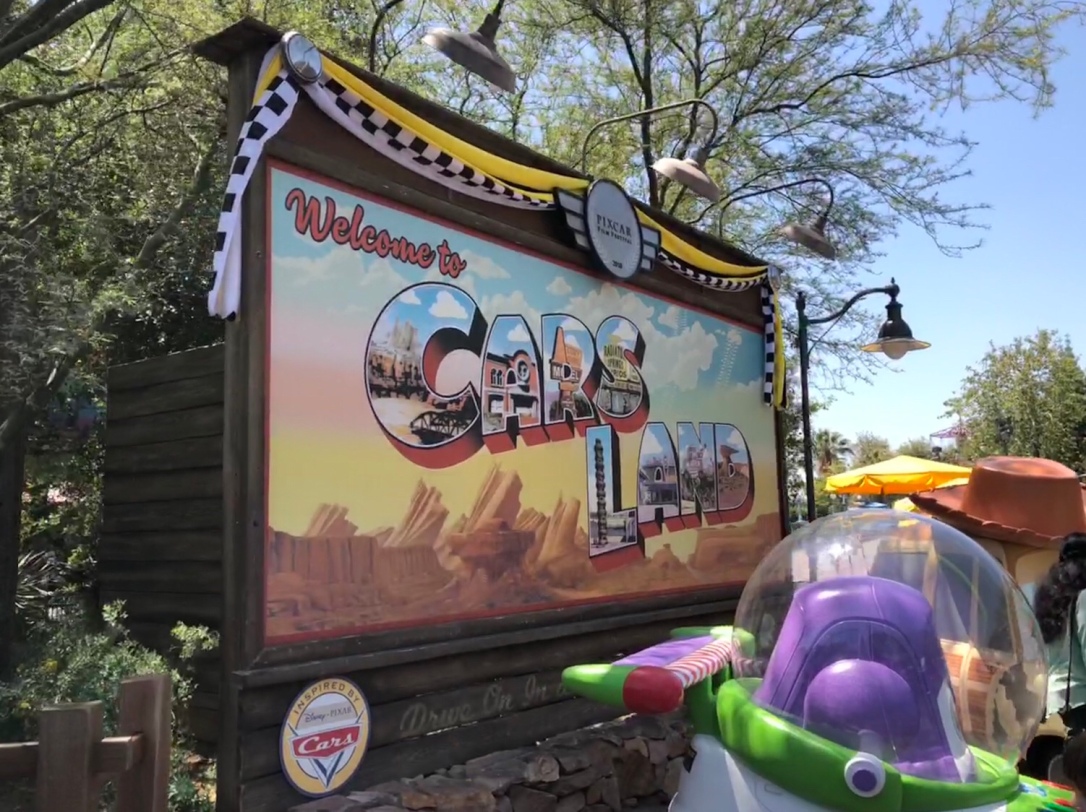 There are a whole host of rides that can be found in both Disneyland and Disney World, and a lot of them I didn’t realize were in both, or there are some that are similar, but not the same.

No one likes waiting in line, so Disney’s creating of the FastPass system really was brilliant. I talked a lot already about the differences in FastPass, so I won’t go too in depth here, but this is another example of where we liked the Disneyland system better, but know there’s no way it would work in Disney World because of its size and magnitude of visitors (according to Wikipedia, 55.8 million people visited Disney World in 2017 while 18.3 million visited Disneyland).

The fact that you can only make 1 FastPass at a time in Disneyland sounded like a bit of a bummer, but we never felt like we were missing out on getting them. I am a planner by nature, so not being able to at least plan 3 in advance was initially unappealing to me, but it was just so easy and there were so many available. And the app just pops them up for you when you’ve entered your return window. We often were able to make another before using the 1 we already had, and there weren’t limitations on the more popular rides like there are in Disney World.

While related to FastPass, I think technology deserves its own quick category. Disney World utilizes Magic Bands, which I really love, and they are used for everything: room key, credit card, dining plan (if you have it), park entry, getting FastPasses, and using FastPasses. They even use them to find you when you’re getting a quick service meal at Be Our Guest.

Both use an app and you can make your FastPasses there, but Disneyland also leverages the app for you to redeem your FastPasses if you had MaxPass, and you also can store your park ticket and any special even tickets in the app. Cast members also scan the code on your screen for adding photopass photos to your account. But, we did see lots of people actually using their physical park tickets (which you actually need to use to get a Fantasmic FastPass) and physically walking to rides and getting paper FastPasses.

Technology-wise, I love the convenience of the Magic Band, but I know it’s not as practical for Disneyland since they have more local visitors while Disney World has more vacationers and people staying at hotels and on property.

This is more about planning than the actual restaurants, but in Disney World, you can start making your dining reservations up to 180 days before your trip, and you want to make sure you’re online and ready to go as soon as they open, because it is a big deal. There are plenty of crazy people (read: me) who get up early to make sure they can be ready to go the moment reservations are available, and still don’t always get what they’re looking for. If you don’t have a reservation, you likely are not eating at a table service restaurant.

In Disneyland, you can make reservations up to 60 days before your trip, and it really doesn’t seem to be a big deal. Plenty of people can just walk into a restaurant and get seating in a reasonable amount of time.

Well I think that about wraps up my comparisons for today. Let me know in the comments if there are any other similarities and differences you want me to cover, and maybe there’ll be a Disneyland vs. Disney World, Part II in the future!